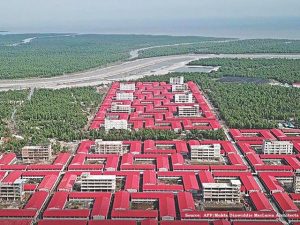 The Bangladesh Authorities recently moved around 1,750 Rohingya Muslims to a controversial island in the Bay of Bengal called the “Bhashan Char Island”. This move by Bangladesh was opposed by the refugees already living on the island.