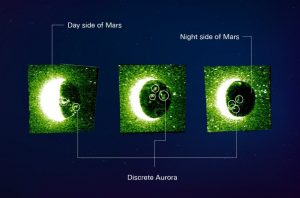 The UAE’s Hope spacecraft, which is orbiting Mars since February this year, has captured images of glowing atmospheric lights known as discrete auroras.

Uniqueness of these auroras: