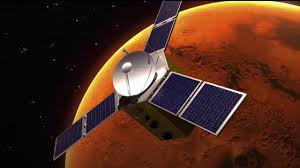 HOPE Mission- the first Arab interplanetary mission is expected to reach Mars’ orbit on Tuesday in what is considered the most critical part of the journey to unravel the secrets of weather on the Red Planet.