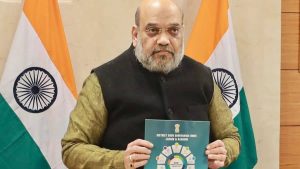 Union home minister Amit Shah recently launched the District Good Governance Index (DGGI) in Jammu and Kashmir, which is the first Union Territory to have such an index.

Highlights of the index: