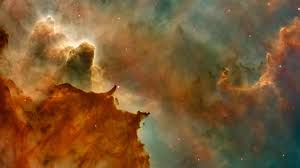 Researchers from the Raman Research Institute (RRI), Bengaluru, have resolved the mystery of the antimatter counterpart of the electrons called Positron and Positron Excess Phenomenon.

Atoms are the basic units of matter and the defining structure of elements. atoms are made up of three particles:

A positron is a subatomic particle whose mass is the same as that of an electron and numerically equal but positively charged particle. The positron was discovered in 1932.