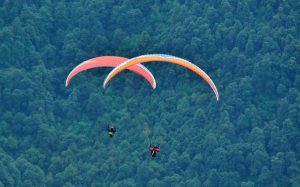 The government has released a draft national policy for air sports.