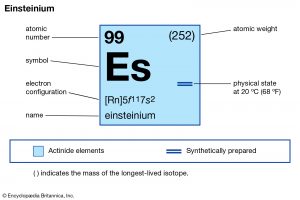 A team of scientists at the Berkeley Lab has reported some of the properties of element 99 in the periodic table called “Einsteinium”, named after Albert Einstein.