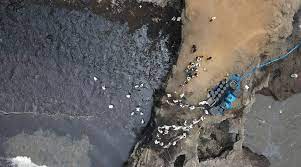 The Peruvian government declared a 90-day “environmental emergency” in damaged coastal territories, after an oil spill that saw 6,000 barrels of crude oil pour into the sea.