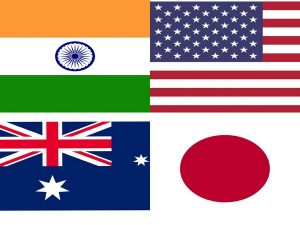 The first in-person meeting of Quad leaders was hosted by the US. Issues like climate change, Covid-19 pandemic and challenges in the Indo Pacific, amidst China’s growing military presence in the strategic region, were discussed in the meeting.

Major Highlights of the Quad Summit: