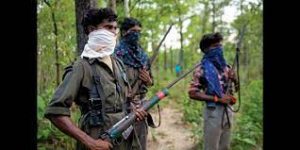 The geographical influence of Maoists has contracted to only 41 districts in the country, a sharp reduction from 96 such districts in 10 States in 2010, according to data provided by the Ministry of Home Affairs (MHA) to Chief Ministers and other officials at a meeting held.