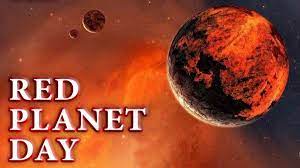 On November 28, 1964, the NASA mission Mariner 4 was launched, which ended up capturing significant information on, and photographs of, Mars for the first time thus marking Red Planet Day.