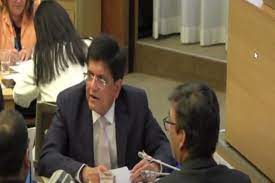 At the G33 Ministerial Meeting in Geneva, Union Commerce and Industry Minister Piyush Goyal expressed his concerns over the stalemate in reaching a permanent solution on the issue of public stockholding and special safeguard mechanism (SSM) for food security.