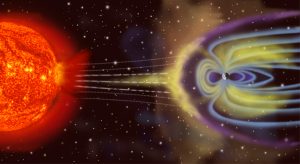 The earth is likely to hit by a geomagnetic storm according to the Space Weather Prediction Center (SWPC) of the National Oceanic and Atmospheric Administration (NOAA).