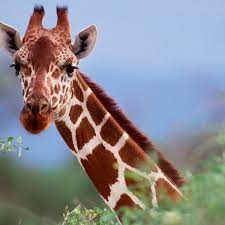 Giraffes brought to India by the British may belong to endangered species.