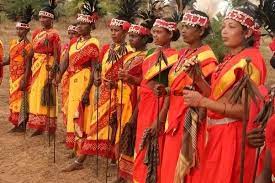 A motion has been initiated in Lok Sabha to include Hattee community of Sirmaur district’s Trans-Giri region in the Scheduled Tribes list of Himachal Pradesh. Also, a bill to move in the Gond community from SC to the ST list in four districts of UP has been approved by the Rajya Sabha.