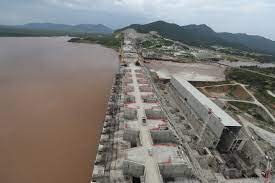 Ethiopia has started the second phase of filling a Grand Ethiopian Renaissance Dam’s (GERD) reservoir on the upper Blue Nile, which raised tensions from Sudan and Egypt ahead of an upcoming UN Security Council meeting on the issue.