Group Of Friends : To Promote Accountability For Crimes Against Peacekeepers 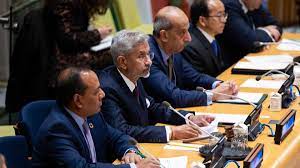 India, Bangladesh, Egypt, Morocco and Nepal will co-chair the ‘Group of Friends’ to promote accountability for crimes against peacekeepers.