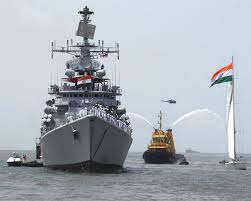 A Maritime Partnership Exercise (MPX) was conducted between Japan Maritime Self Defense Force and Indian Navy in the Andaman Sea.

Other Maritime Exercises between India & Japan: