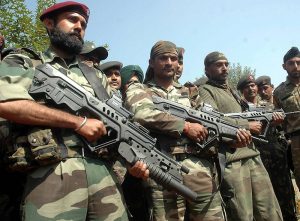 A high-level committee has been formed for the consultations on the creation of integrated triservice theatre commands.