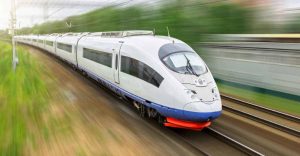 The project entails building a semi high-speed railway corridor through the state linking its southern end and state capital Thiruvananthapuram with its northern end of Kasaragod.