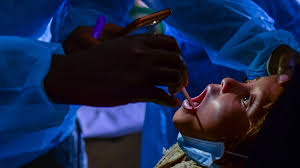 A recent study has found that Diphtheria, which is a relatively easily-preventable infection, could become a major global threat.