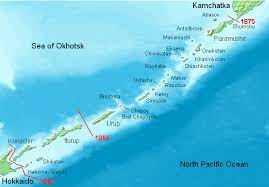 On April 22, Japan’s Diplomatic Bluebook for 2022 described the Kuril Islands (which Japan calls the Northern Territories and Russia as the South Kurils) as being under Russia’s “illegal occupation”.