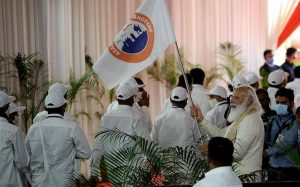 The Prime Minister has flagged off a commemorative ‘Dandi March’ (on 12th March) to launch the celebrations of the 75th year of Independence – ‘Azadi Ka Amrit Mahotsav’.