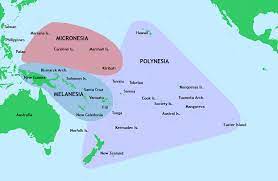 The United States announced $810 million in new funding for Pacific islands at a summit with President Joe Biden amid inroads by China in the strategic but sparsely populated region.