2021 Laureus Sportsman Of The Year: 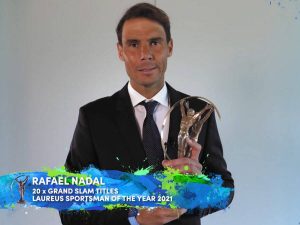 The Laureus World Sports Awards is an annual award ceremony honoring individuals and teams from the world of sports along with sporting achievements throughout the year. It was established in 1999 by Laureus Sport for Good Foundation.