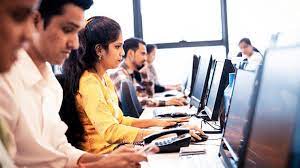 The India Discrimination Report which is released by Oxfam India highlighted that women and marginalized communities suffered discrimination in the job market.