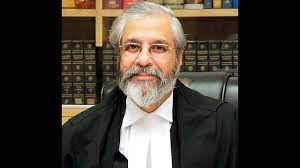 The Supreme Court on Friday stayed all proceedings before Justice Madan Lokur Commission, set up by the West Bengal government to inquire into the alleged interception of mobile phones using military grade spyware Pegasus, disapproving breach of undertaking by the state for halting the commission’s work when the SC was seized of the pan-India issue.