Lynching a Federal Hate Crime : US 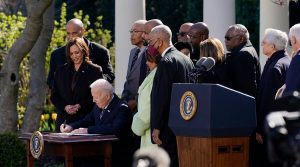 U.S. President Joe Biden has signed a bill into law to make lynching a federal hate crime, more than 100 years after such legislation was first proposed.