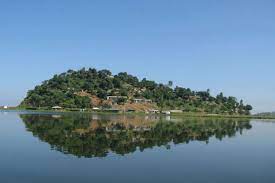 People argues that the proposed site has no connection with efforts to save the endangered deer.