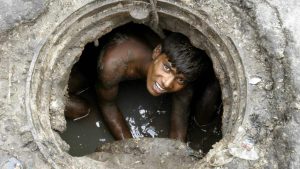 The Ministry of Social Justice and Empowerment (MoSJ&E) is preparing to undertake a nationwide survey to enumerate all Sanitation workers engaged in cleaning of sewers and septic tanks.