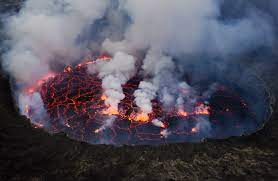 As the active volcano in Congo, Mount Nyaragongo, erupted again, the Indian Army contingent under the United Nations peacekeeping mission (MONUSCO) assisted in protecting civilians and U.N. officials as well as assets during the evacuation.