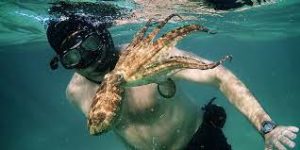 The 85-minute documentary feature, My Octopus Teacher, which won the best documentary award at the recently concluded Academy Awards, is about the relationship that developed between a human being and a wild octopus.