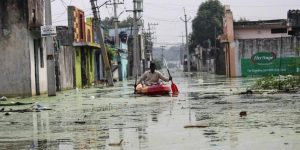 The Nagaland Government appealed to all Naga political groups and extremist groups to cooperate in establishing unity, reconciliation and peace in the region.