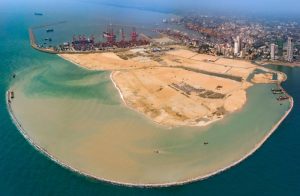 A Chinese company has won a contract to set up hybrid wind and solar energy projects on three Sri Lankan islands off the northern Jaffna peninsula 45 km from Rameswaram in Tamil Nadu.