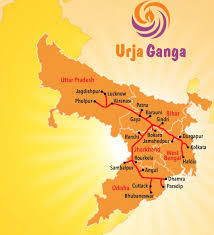 GAIL (India) Ltd has put West Bengal on the gas map of India after it completed laying a Rs 2,433-crore pipeline that will bring to the state cooking fuel that is cheaper than LPG and CNG that costs less than petrol and diesel, and fuel to produce urea for all its requirement.