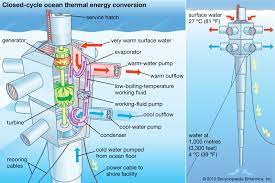 The National Institute of Ocean Technology, an autonomous institute under the Union Ministry of Earth Sciences (MoES) is establishing an Ocean Thermal Energy Conversion Plant with a capacity of 65 kilowatts (kW) in Kavaratti, Lakshadweep.