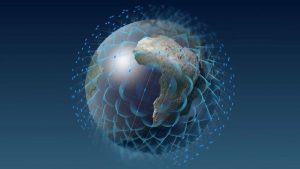 OneWeb is considering options to remove one of its broadband satellites from low Earth orbit after it failed following a software issue last year.