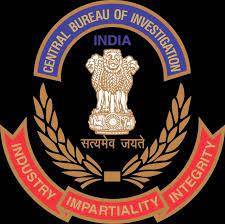 The Central Bureau of Investigation (CBI) has launched a multi-phase Operation GARUDA to dismantle drug networks with international linkages.