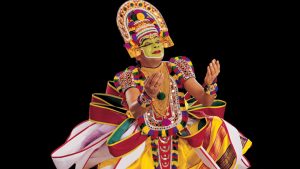 Ottan Thullal is a recite-and-dance art form of Kerala, India. It was introduced in the eighteenth century by Kunchan Nambiar, one of the Prachina Kavithrayam