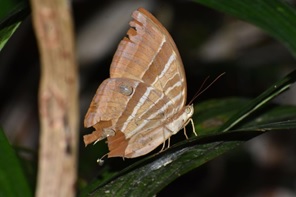 The rare butterfly Palmking (Amathusia phidippus) was sighted for the first time in Tamil Nadu.