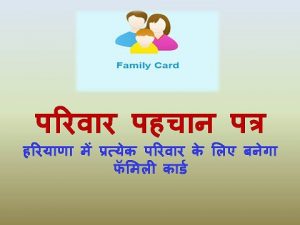 There has been a privacy concern with respect to Haryana’s Parivar Pehchan Patra (PPP) Scheme.