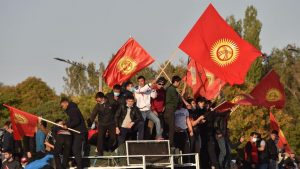 A ceasefire on the border between Kyrgyzstan and Tajikistan appeared to be held after a day of intense fighting between the two countries that have killed about 40 people and wounded about 175.