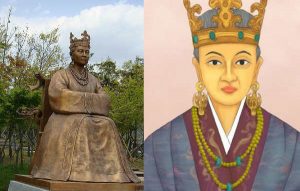 On the banks of the Sarayu in Ayodhya, the Ram Katha Park has been renovated which will be renamed as Queen Heo Hwang-ok memorial park. The Korean queen is believed to have had Indian roots.