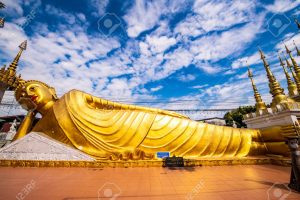 On Buddha Jayanti (May 26), India’s largest statue of the Reclining Buddha was to have been installed at the Buddha International Welfare Mission temple in Bodh Gaya. The ceremony has been put off due to Covid-19 restrictions.