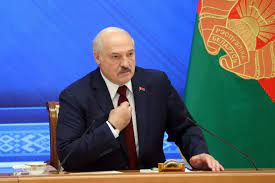 The UK, the US and Canada have issued fresh trade, financial and aviation sanctions on Belarus, in a bid to increase pressure on the country’s leader Alexander Lukashenko.