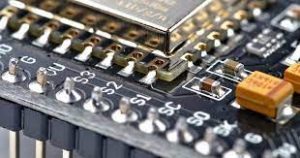 There has been an abrupt and cascading shortage of semiconductors worldwide.

Reasons for the Shortage: