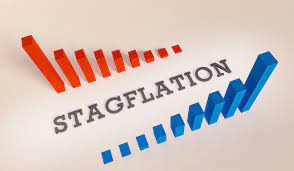 Authorities worldwide, particularly central bankers, foresaw a period in the near future “where growth is low, unemployment is at least up a little bit and inflation is still high”, adding, “So you could call that stagflation”.