State Of Employment In India: 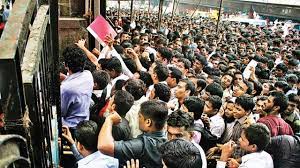 According to the latest data from the Centre for Monitoring Indian Economy (CMIE), India’s labor force participation rate (LFPR) has fallen to 40% from 47% in 2016.