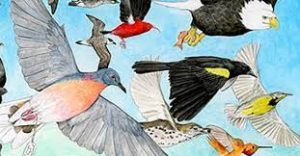 The State of World’s Birds report was recently published.

Highlights of the 2022 report:

BirdLife International is a global partnership of non-governmental organizations that strives to conserve birds and their habitats.