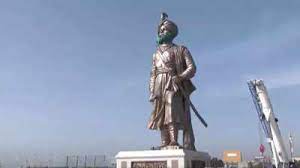 The Prime Minister of India unveiled a 108-foot statue of Nadaprabhu Kempegowda and inaugurated Terminal 2 of Bengaluru airport, which is named after the 16th-century figure credited with founding the city.